THINGS TO BE CONCERNED ABOUT:
CHILDREN LEARNING TO TAKE THE MARK OF THE BEAST
& cyborg law

The image on the right is from a 9th grade textbook in Germany.  Translated, the title states:

and of course reading the lesson instructs to accept the chip so you can buy & sell "conveniently": 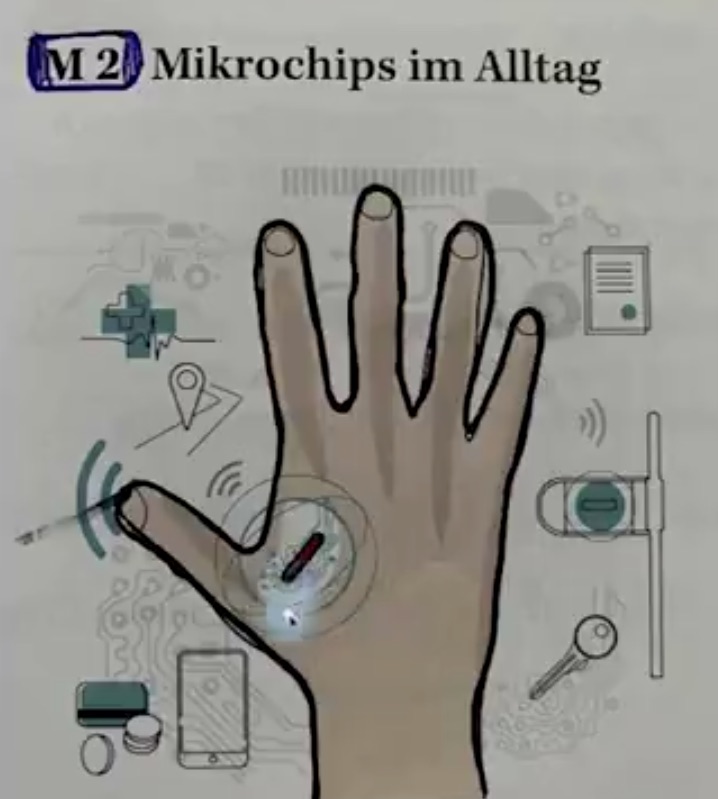 When RainsCountyRadio.com starts broadcasting you can bet we will be reaching out in Germany (and the rest of the world) to do our missionary work - especially getting the truth out to them about what is revealed in the Book of Revelation 13:16-17 about taking such a "mark":

"He causes all, both small and great, rich and poor, free and slave, to receive a mark on their right hand or on their foreheads, and that no one may buy or sell except one who has the mark or the name of the beast, or the number of his name."

Apparently Germany is having an agenda driven curriculum as in many places around the world...if only we can reach them in time before they take the mark...

The acceptance of instilling a demonic device leads to another danger, even before such chips are installed on a mass scale - the acceptance of other devices to regulate other areas of our society. For example, this has already started in California: 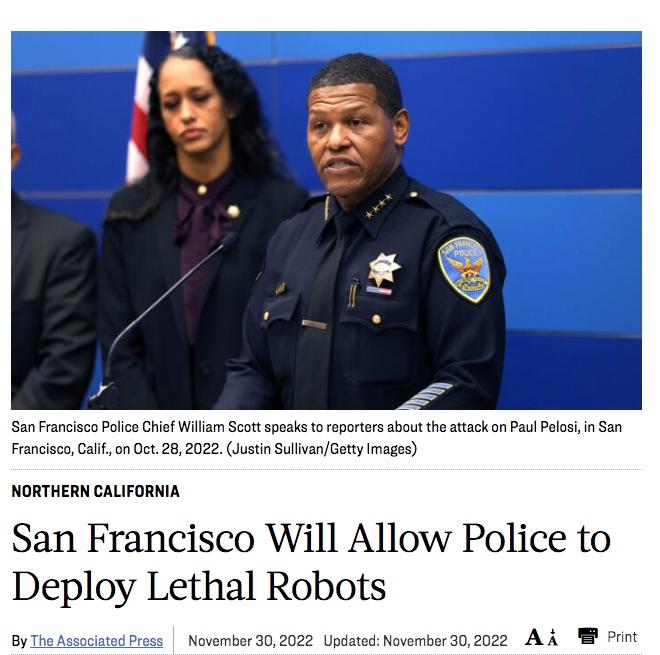 For centuries, the Deep State playbook has always followed a similar pattern:

What is going on in San Francisco fits this sequence perfectly.  Allow crime to run wild with lax laws & no prosecutions (which is what we are currently witnessing) until there is enough outrage, then offer the "solution". The "solution" of course being an agenda planned years before so as to have in place the next step in the plan order to gain even more control.

Actually what is going on now in San Francisco was quite clearly pre-programmed to audiences in a film way back in 1987....in more ways than one: 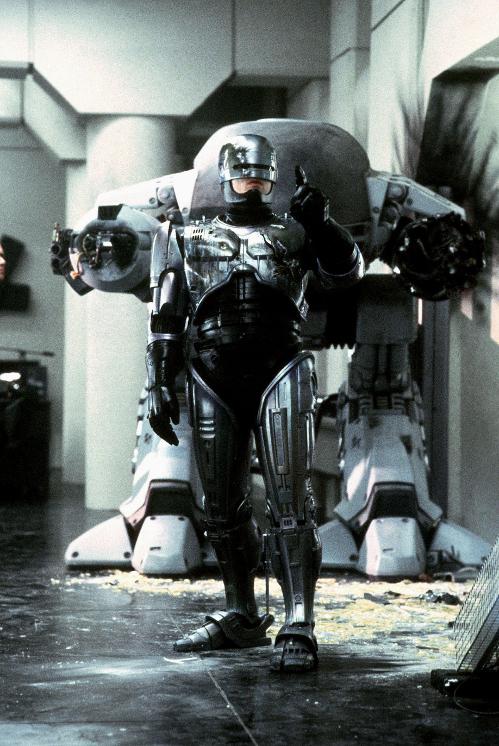 If you haven't seen it...this film is certainly worth checking out to see what else is planned for your "security"in the midst of the chaos that the establishment has created.

The plot of the film reveals even more of the Deep State's plans & methods than anyone may have believed when watching it around 25 years ago.

As we observe the pattern of Problem, Reaction, Solution occurring throughout history, one sees the end goal is for the small group instigating these to exercise total control over the earth: the hearts & minds of all the people as well as all of the resources on are planet.

They do so by creating the narrative that you are the problem, you are the one destroying the earth - when in truth, they are the ones - they are the ones who made obsolete products designed to be thrown away causing pollution.  Remember when milk & soda bottles were made of glass so they could be recycled...?  Who made the decisions to have them as throw away plastic?

The people or the corporations?

"Those who desire to give up freedom in order to gain security will not have either one."